Safest Country to Be During a Zombie Apocalypse (Pt. II)

In Part I of What if...Safest Country to Be During a Zombie Apocalypse, we examined five categories worth considering in order to survive. Here in part two, we'll take a look at my own notes & evaluate total scores in order to declare the...

Safest Country to Be During a Zombie Apocalypse

Australia...What helps this country is that it is isolated. Handle the zombies in Australia, handle the zombies on an entire self-contained continent. Once the initial zombie population is either eliminated, killed, or contained (round 'em up and fence them off in the Outback!) there should be no concerns for future waves. Being in the middle of the pack with their crime rate, we could assume there would be some degree of unnecessary loss of life, but nothing catastrophic. Australia has the resources required to appropriately sustain a food source and with there being 14-15 guns per 100 citizens, protection would adequate. Australia's shear size mixed with it's population density provide for a good outlook of survival, but the deadly wildlife might hinder your chances of survival. (2)

Canada...Can zombies survive in sub-zero temperatures? If not, Canada has an advantage over Australia there. Both are similar in size, population density, crime rate, and agriculture possibilities, but where Canada again is in a better position comes down to amount of guns in the area. Canada's ~35 guns per 100 citizens further insures more people with immediate access to ward off the zombies. In contrast, Australia is advantageous because 1) they won't face new intruders from external borders being an island 2) no South American countries made this list so it could be theorized that all of the Americas could become overrun and 3) the United States with all of those guns could lead to a higher amount of chaos than other places again extending into Canada. (3)

Iceland...Lowest agriculture involvement, and landmass on the list, but Iceland has some unique advantages that other countries can't touch. Being so geographically small and having the 4th lowest population density on the list is an extremely appealing combination in looking to stick it out through an apocalypse, not to mention Iceland has the lowest crime rate on our list. There are plenty of guns in Iceland to eliminate the zombie population and it would be much more manageable on such a small scale. Concerns: consistent food sources & volcanic activity. (1)

Libya...Much lower population density than Russia, Norway, Saudi Arabia, & the U.S. in addition to a decent landmass, Libya provides for a solid foundation when looking to survive the zombie apocalypse. Guns may be hard to come by plus with a relatively high crime rate, chances are firearms are going to be a rare commodity. I don't see any clear-cut advantages or stifling disadvantages to Libya. Are there worse countries to be in when the outbreak starts? Are there better? Probably yes to both, but I'd like my chances here. Also worth noting, the natural land barriers of the Sahara desert to the south and Mediterranean Sea to the north offer some solid protections other countries may not have. (7)

Mongolia...Prior to any in-depth research, when thinking about this What if scenario, Mongolia just kept coming back to me. I wasn't entirely sure why, but I felt like it'd be advantageous. Upon conducting research, I found out I was right. The least population-dense country on this list, you are least likely to run into people in this part of the world. It may not be the largest, but geographically speaking, you'll be in a decent spot. If you find yourself in Mongolia during a zombie apocalypse and you have a firearm, consider yourself privileged. With so few guns in Mongolia, this could make or break your impending survival. Bear in mind, the crime rate isn't something working for you in this instance as you may become a target by the remaining mortals looking to acquire their own means of protections. (6)

Namibia...is a tough sell due to the geographic nature of the country. Deserts aren't the best living conditions, so it was bumped lower on the list for this.  Not to mention, Namibia has the highest crime rate on this list. Where this country shines is the population density. You'll be way less likely running into the undead here than other countries mentioned, but it is still a risky one. Take your chances here. Ocean to the west, desert to the east, Namibia does offer a bit of barrier protection if that helps. (10) 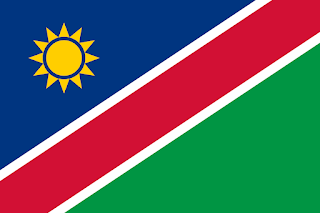 Norway...There's a decent amount of guns and a fairly low crime rate in Norway. Fishing opportunities would provide a steady food source & Norwegians have a reputation for focusing on solutions rather than dwelling on problems. Could this create a unified sense of community and build for a stronger defense against zombies? Maybe I'm too optimistic, but hey, I am from North Dakota. A majority of the country is bordered by water, so as long as their land border with Sweden doesn't get overrun by foreign invaders, it might not be too bad to hunker down here. (8)

Russia...Honestly, Russia was my first thought when playing out this scenario. Guns, open space, cold climates. While access to food may be difficult, I liked the prospect of being able to go out and isolate far from people. After running the numbers though, it appears Russia may not be the save haven during the outbreak. Official numbers suggest guns wouldn't be as readily available as I originally thought, and you aren't going to be as isolated as you'd like unless you put some effort into it. With a fairly low crime rate & ample agriculture production, I'm still intrigued by my chances there. Remember, Russia isn't just Moscow and Saint Petersburg. She extends all the way to China & the U.S, so if you can get to those isolated areas, you might be alright. (4)

Saudi Arabia...For the most part, this Middle Eastern powerhouse floated right around the middle ground in each of the major categories. An exceptionally low crime rate shouldn't hurt anyone's own chances at survival. That being said, it's the apocalypse so pretty much all societal order will fly out the window anyway. Red Sea to the west, Persian Gulf to the east...hopefully zombies can't swim. (9)

United States...Here we are. The homeland. I'll admit right now: I will do my best to stay objective, but it won't be without struggles. The ol' U. S. of A. comes in with the worst population density. Subjectively, I'd tell you you might be good if you find yourself in say Alaska or Montana, maybe Wyoming, but as a whole, this is not the best country in terms of spacing yourself out. There are more guns in America than people. Is this beneficial or detrimental to your survival chances during a zombie apocalypse? To each their own. When it comes to simply defending against zombies, yes you'll want a lot of guns, but what about when there are disagreements or controversies between the living? Will any sense of order be maintained or will it be a wild west shoot-out? With a decently high crime rate, but a massive ability to produce food, it may simply come down to who's got the guns. (5)

So which is it?

The Safest Country to Be During a Zombie Apocalypse is... 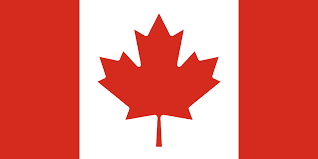 Congratulations brothers to the North! While Canada faces many challenges such as mother nature, the crazy, gun-toting Americans to the south and perhaps a skewed distribution of their population, the numbers don't lie! Canada doesn't necessarily have any major weaknesses that would pose serious threats when trying to survive the zombie apocalypse. They get an "eh" from me.

2nd - Australia 25pts. -- Too many poisonous animals there to mess up my survival.
3rd - United States 26pts. -- I like it. I'm most familiar with the geography and layout of transport networks, but the amount of people in some places coupled with the amount of guns, it's truly a wildcard.
4th - Russia 27pts. -- Expected to be neck & neck with the U.S.
5th - Iceland 29pts. -- After exploring this What if in depth, Iceland would actually be my preferred country...I think.
6th - Saudi Arabia 35pts. -- Not a surprise. They scored about the average for almost every category.
7th - Norway 38pts. -- Fjords & coastlines provide difficult for slow-moving zombies.
8th - Mongolia 40pts. -- My original country of choice didn't quite match up as I had thought.
9th - Libya 42pts. -- High crime rate just makes this country too much of a liability for itself. (Some might say a Libyability.)
10th - Namibia 45pts. -- About the only thing really going for it is the ridiculously low population density. Prior to this, have you ever even heard of Namibia? Be honest.

Well there it is! I honestly had so much fun playing this scenario out, and would really love to hear your thoughts. Agree, disagree, think of a better option? Share with us in the comments below!