May 25, 2017
Maybe it's because I was a history major or perhaps Ted Mosby is my long lost brother cousin (I'm too tall). If the How I Met Your Mother reference didn't connect, I've just always been fascinated with architecture in general and whenever I go anywhere I am always in awe of the buildings of the area. Iceland, primarily Reykjavik, was such a unique place and the architecture reflected the country's character perfectly. I wasn't sure what to expect before I had arrived, but upon walking the streets I was overjoyed with the vast array of styles and colors. Building Iceland showcases the distinct appearance of Reykjavik...or at least what I saw of it.


Harpa
You know how some places have very distinct looks to them? It's easy to describe the type of architecture there like modern, Victorian, colonial, or what have you. Well Iceland is not a place that can defined by its architecture. There are mixes of European influence, modern style, what I just call Icelandic, and then...and then there's the Harpa...


Prime Minister's Office
Much of our adventures in Iceland consisted of stumbling upon place after place until we found our next great find. This Prime Minister's Office was one such example. Throughout the streets of Reykjavik there at these clean, colorful and closely built houses, shops and buildings. Although they are simple in style with extravagant details being at a minimum, as we walked the streets we felt more like we were in a small town or village rather than the country's most populated city. In the midst of these tight knit buildings was this building which, from it's spacious yard, stood out among the rest of the neighborhood... 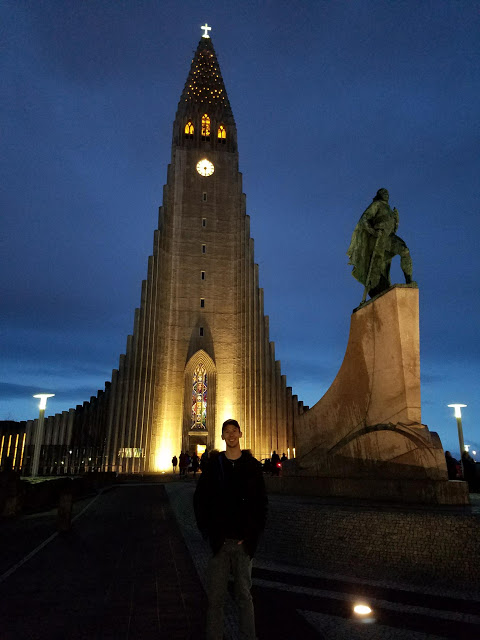 Perhaps the most iconic structure in all of Iceland is Hallgrímskirkja. This magnificent piece of architecture is the tallest church in the entire country and it's presence is almost overwhelming. Towering over the city of Reykjavik, Hallgrímskirkja is one of the most popular tourist destinations around, and the views from the top are absolutely breathtaking...


Grotta
As per usual, we never would have found this next site had it not be for our deliberate attempt to get lost. The great thing about having a rental car in a foreign country is that it expands your diameter for adventure. We took advantage of this tool to the fullest extent we knew how. When we didn't know what we should do or where we should go, we just went. Lucky for us we get pretty lucky winging it...

While I invite you to check out each of the sites above, be on the lookout for more new content on all things travel! Don't forget...if you're planning a trip and you're starting to stress over it, remember that why you're going and if you lose sight of that, maybe...