Do Yourself A Favor: Get Lost

Trust me, I'm a nice guy...I think, but do us all a favor (including yourself) and just go get lost. If you've ever heard the saying "it's about the journey not the destination" then you know exactly where I'm going with this. One of the best parts about traveling isn't actually the "destination", it's everything in between, from the time you leave and to the moment you arrive. Maybe you're thinking that you can't get lost or if you can, why would you want to? Let me explain.

"Lost" can be defined in many different ways. Perhaps you're the literal type..you don't know where you are physically at in a geographic sense. Another option would be being internally lost. It could be mentally, spiritually, etc. Either way, get lost. "Oh well Colt I've already been everywhere, so I can't get lost." 😑 K. Nice try. Whether it be a road trip, travelling on a plane, or maybe even just going for a hike into the wilderness, you can get lost literally anywhere. If you can get lost in a store, then you're perfectly capable. We have zero excuses. Remember how I was saying it's not about where you are but rather where you're going? Let it be Italy or IKEA it really doesn't matter as long as you're wandering.

Not knowing where you're going is good for everybody. There are people out there that are nothing like myself: they actually know what they're doing with their lives. I applaud these people. They've had a goal since they were young and have an accompanied plan in order to achieve whatever it is they're going after. Then there are some people that are like myself: we're not entirely sure what we're doing but we'll know it once it happens...until then, we enjoy the ride. Now although these two types of people may be stark contrasts of one another, the benefits of getting lost are the same. 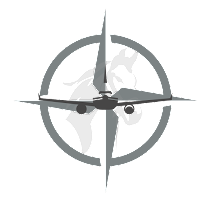 Getting lost is most definitely about finding ourselves. How can you know what you already have if you haven't had to find out what it is you're identifying with? When I say "get lost" I'm not suggesting that you throw caution to the wind and disregard your responsibilities, I'm simply saying, take a minute for yourself and make sure you're looking at the bigger picture that you are a part of. Losing yourself let's us see things in a different light, expands our once hindered views, and frees ourselves from what we've been taught to be the right way of going about things. Don't forget that the "right" way isn't always the only way. I can promise you one thing, you'll eventually get lost if you just...